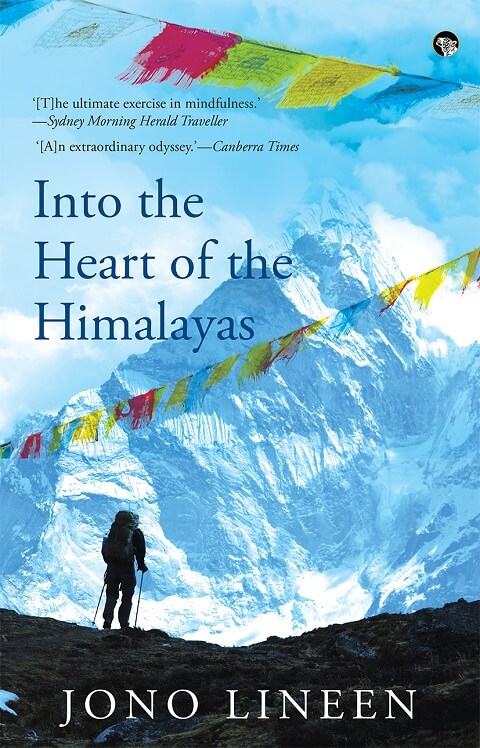 Into the Heart of the Himalayas

When Jono Lineen’s brother died in tragic circumstances, he gave up a comfortable life, moved to the Himalayas and immersed himself in the cultures of the world’s highest mountains for over eight years. The culmination of that experience is this fascinating memoir, tracing his solo trekking odyssey of 2,700 kilometres from the ‘Muslim Himalayas’ of Pakistan to the ‘Buddhist Himalayas’ of Ladakh and Spiti in India, culminating in the ‘Hindu Himalayas’ of Himachal and Uttarakhand. His extraordinary physical expedition was also psychological: it was about assimilating the wisdom of the Himalayan mountains, understanding the act of walking as mindful meditation, and coming to terms with his profound loss. Jono’s disarming candour with himself and the various people he encounters on the trail—from Pakistani military officers to Tibetan lamas and Hindu sadhus—make this a potent narrative about the search for self and spirituality. Keenly felt and vividly observed, Into the Heart of the Himalayas is one of the most complete portraits of the Himalayas ever written.