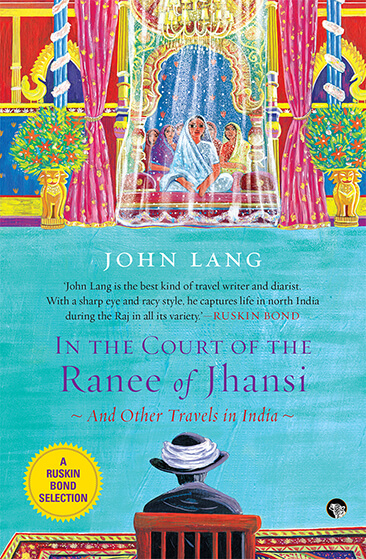 Novelist, intrepid traveller, barrister-at-law, newspaper editor and uninhibited gossip, John Lang lived for a number of years in pre- and post-Mutiny British India, and his writings constitute some of the most vivid records of the time.

Lang describes his meeting with the Ranee of Jhansi—soon to become the focal point of the rebellion—as well as his counsel to her; he also chronicles the wondrous and tragic life of ‘Black and Blue’, a boy of mixed British and Indian parentage, and his claims to a peerage in England. And, narrating a march in the Upper Provinces, Lang provides an eyewitness account of eight thousand monkeys, gathered in Deobund for a clan meeting.

Written with a historian’s sense of detail, a raconteur’s delight in the unexpected, and a keen sense of the absurd, John Lang’s travel diary is a riveting read.