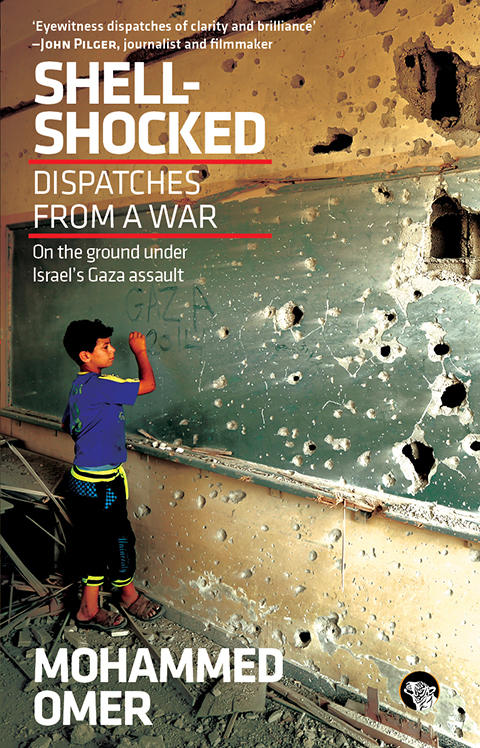 ‘[Omer] produced eyewitness dispatches of such clarity and brilliance that, almost single-handed, he reclaimed the honour of real journalism.’—John Pilger

Operation Protective Edge, launched in early July 2014, was the third major Israeli assault on the Gaza Strip in six years. It was also the most deadly thus far. By the conclusion of hostilities some seven weeks later, 2,200 of Gaza’s population had been killed, and more than 10,000 injured.

Journalist Mohammed Omer, a resident of Gaza who lived through the terror of those days with his wife and then three-month-old son, provides a first-hand account of life on-the-ground during Israel’s assault. The images he records in this extraordinary chronicle are a literary equivalent of Goya’s ‘Disasters of War’: children’s corpses stuffed into vegetable refrigerators, pointlessly because the electricity is off; a family rushing out of their home after a phone call from the Israeli military informs them that the building will be obliterated by an F-16 missile in three minutes; donkeys machine-gunned by Israeli soldiers under instructions to shoot anything that moves; graveyards targeted with shells so that mourners can no longer tell where their relatives are buried; fishing boats ablaze in the harbour.

Throughout this carnage, Omer maintains the cool detachment of the professional journalist, determined to create a precise record of what is occurring in front of him. But between his lines the outrage boils, and we are left to wonder how a society such as Israel, widely praised in the West as democratic and civilized, can visit such monstrosities on a trapped and helpless population.