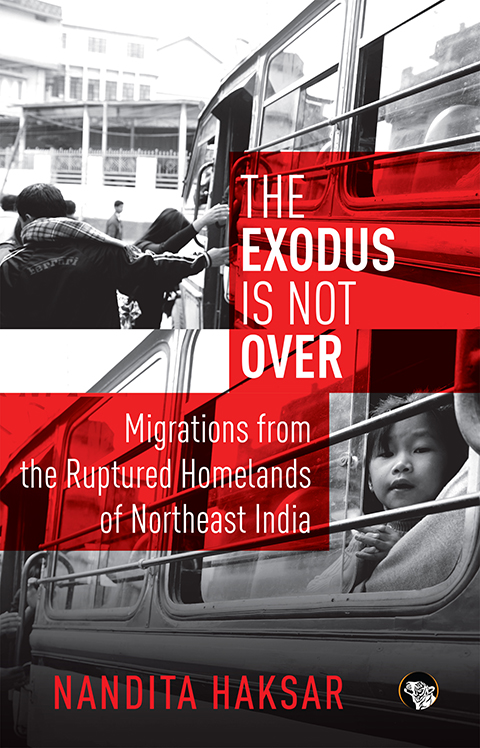 The Exodus is Not Over

Economic deprivation, insurgencies and deadly ethnic clashes have driven thousands of impoverished men and women from the Northeastern region of India to seek a better life in the towns and cities of mainland India and further abroad. Some find themselves working amidst the unimaginable opulence of five-star hotels, casinos and cruises. However, for many, their jobs in Delhi, Bengaluru, Goa and other metropoles make them targets of racism, sexual harassment and class exploitation. In response, communities of migrants discover ways of reproducing their cultures in alien soil, to act as oases in a hostile environment. And in doing so, they build bridges between communities—Nagas, Kukis, Meitei—which have been at war with each other back in the Northeast.

The Exodus Is Not Over features first-generation migrant workers from Northeast India, especially Manipur—a young schoolgirl who comes to Delhi and works long hours in a series of restaurants; her brother, whose ambitions to be a professional singer remain unfulfilled while he tries to earn his livelihood; an ambitious waiter now proudly in charge of his own restaurant in Goa, and many more. They tell their own stories of resilience in the face of exploitation and discrimination for the first time in such intimate and harrowing detail. Nandita Haksar’s detailed understanding of the histories of the Northeast and deep respect for the people she writes about lends these narratives an added depth.

Written with passion and a committed engagement, The Exodus Is Not Over provides a revealing and necessary look at the lived experiences of migrant workers today. A significant addition to migrant studies, it is a pioneering effort to document the conditions of migrant workers both in their homelands and during their quest to find work elsewhere. It is equally a story about a changing India, where globalization and development have led to a rapidly increasing gap between the rich and the poor.