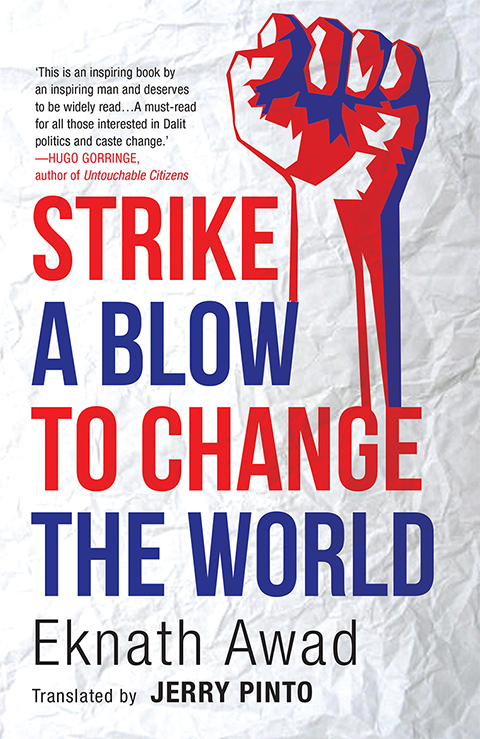 Strike a Blow to Change the World

‘This is an inspiring book by an inspiring man and deserves to be widely read…A must-read for all those interested in Dalit politics and caste change.’—Hugo Gorringe, author of Untouchable Citizens Eknath Awad was a rare Dalit Mang activist from the Marathwada region of Maharastra, who fought for the rights of all underprivileged communities, irrespective of their caste or religion. In his compelling autobiography, Awad describes his rage against the humiliation of the Mangs by the upper castes; and his struggle to overcome caste prejudices as well as extreme poverty to get an education. He revisits his heady days of activism: rejecting caste-based labour and religious practices by cutting the Potraj’s dreadlocks; joining the Dalit Panthers; being at the forefront of the Land Rights Movement; battling to rename Marathwada University after Dr Ambedkar; and working with an NGO in Thane that helped free Adivasis from bonded labour. He writes about his decision to return to Marathwada, where he continued to fight against caste-based discrimination until his death. Awad doesn’t shy away from admitting his shortcomings, such as his tendency to resort to violence to settle disputes. He also recounts the casteism he faced from other Mangs, and his pain and disillusionment after some of them attempted to kill him. Originally published in Marathi as Jag Badal Ghaluni Ghaav, Jerry Pinto’s remarkable translation makes this inspiring book available in English for the first time..