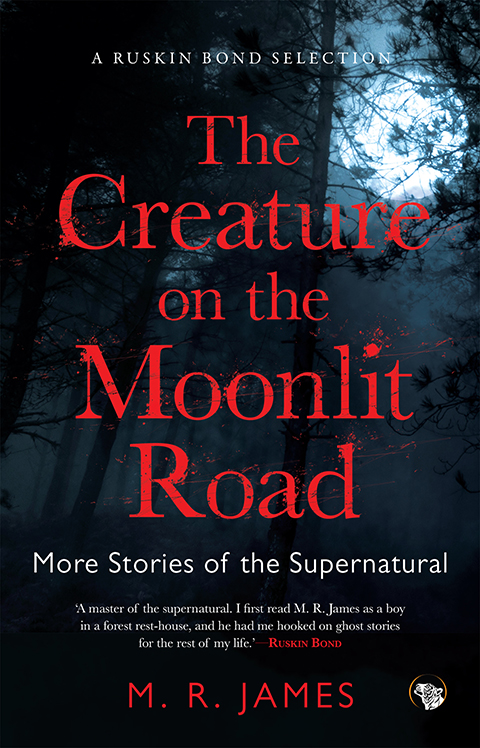 The Creature on the Moonlit Road

Mr Abney was found in his chair, his head thrown back… In his left side was a terrible lacerated wound, exposing the heart. There was no blood on his hands, and a long knife that lay on the table was perfectly clean.

M.R. James is one of the greatest writers of supernatural stories from the last century. He has left an enduring legacy, and remains popular not only among generations of readers but also among later writers—from H.P. Lovecraft and John Bellairs to Stephen King and Paul Theroux. In this selection you will encounter the critic Mr Dunning who, after having rejected a paper on ‘The Truth of Alchemy’, finds himself being followed by an indescribable horror night and day. Mr Garrett, a librarian, is called upon to retrieve a Talmudic text. But, in performing this simple task, he is drawn into the matter of a mysteriously coded will and a murderous uncle. Ann Clark, jilted and murdered by George Martin, comes back from the beyond to send her lover to the gallows. And, after a scholar of pagan rites is found with his chest ripped open, his young cousin understands why the man took him in as an orphan.

Understated, placid surfaces which conceal the stuff of nightmares, the stories in The Creature on the Moonlit Road are some of the best in the genre. Gripping, and full of the most unexpected surprises, this volume is guaranteed to thrill.