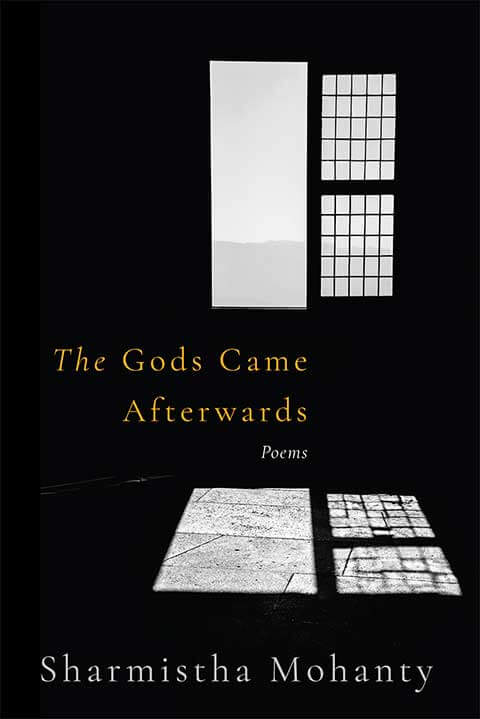 Through these spare poems, Sharmistha Mohanty weaves together, inseparably, the contemporary and the almost primal. The result is a singular voice, new and old at the same time. In its oral quality, in its questioning and assertion, in its vigour and vulnerability, it seems to be uttering anew what was once collective, and perhaps still is, under the surface. The poems in The Gods Came Afterwards are a calling out, far beyond the personal, through an unusually pared down English language and a long Indic heritage.

Praise
‘This book is a haunting meditation.’—Ann Waldman

‘These poems are like hymns thrown up from the deepest depths of the self. They are upward rising, a solitary being’s verses of praise. They utter the purest parts of the soul.’—Joy Goswami

‘There is in these rhythmic and rooted poems—like the banyan of India—an acceptance of the precariousness of our condition and an unusual way of speaking to the planet Earth. Mohanty seems to have been resurrected and her mysteriously returned life ends up being the backbone of what I would call a song that reconciles you with the deeply singular that left me suspended, participating in a faith in the landscape with which I converse.’—Raúl Zurita