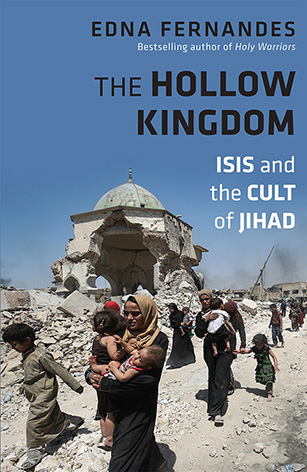 A timely and insightful book on ISIS—the world’s most dangerous terrorist network—by the bestselling author of Holy Warriors. Governments across the world openly acknowledge the Islamic State in Iraq and Syria (ISIS) as one of the greatest terrorist threats in history, greater even than Al Qaeda, which first set light to a global jihad. Never before has there been such a wealth of information, propaganda and counter-propaganda available on the subject, especially on the Internet. And yet, in all the noise, there’s confusion. This book draws on thorough research and rare interviews to deconstruct the founding ideology of ISIS and chart its growth: how it recruits, using the Dark Web to indoctrinate the disaffected and the emotionally vulnerable across the world; how it has spread globally, using violence as theatre and making secret pacts with cynical governments; and how it finances itself—through sale of oil, extortion and slave trade. The book also examines how this terrorist state is being dismantled by an unlikely coalition of forces from the Middle East and the West, even as it warns that the nationalist chauvinism and economic protectionism sweeping the world today could provide new fuel to ISIS and its ideology. Rigorous and insightful, The Hollow Kingdom is a necessary read—a compelling mix of research and reportage.