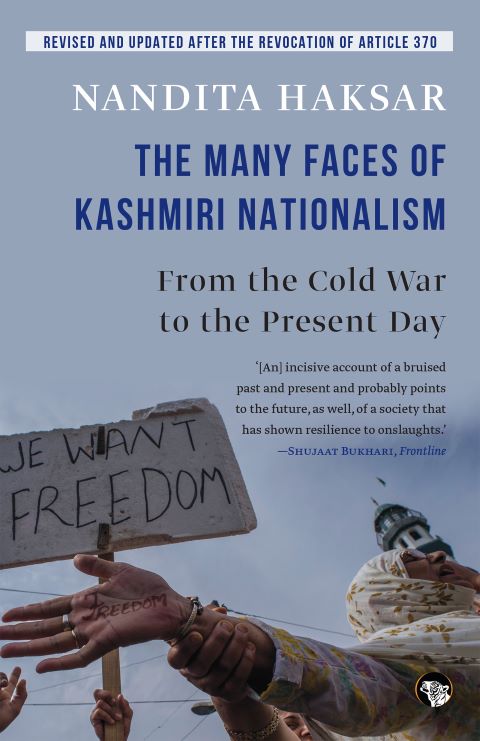 Revised and updated edition following the revocation of Article 370

Nandita Haksar’s magnum opus traces the tortured history of Kashmiri nationalism through the lives of two men: Sampat Prakash, a Kashmiri Pandit and Communist trade union leader who became active in politics during the Cold War years, and Mohammad Afzal Guru, a Kashmiri Muslim who became active in the early days of the Kashmir insurgency. The ideas and deeds of many other individuals and groups are woven into this twin account which tries to examine how Kashmiri nationalists are caught in the web of international intrigue, as they negotiate the rivalries between the old and new superpowers and also the competing nationalisms of India and Pakistan, which invariably translate into Hindu-Muslim antagonism. Both Prakash and Guru refused to give up the idea of a more inclusive Kashmir, with space in it for all faiths and nationalities. Their paths crossed at a juncture of history when both believed that their vision of Kashmir was possible. But their dream has been all but destroyed by the forces of history, leaving Prakash and his comrades alone and isolated, and leading to the hounding and execution of Guru.

This nuanced, multi-layered book combines personal and public narratives, political analysis and the rare insights of an activist who led the campaign to save Mohammad Afzal Guru from the gallows. Singular in scope and focus, and spanning a period of over eight decades, from the 1930s until 2020, this is an unprecedented examination of the history of modern Kashmir.