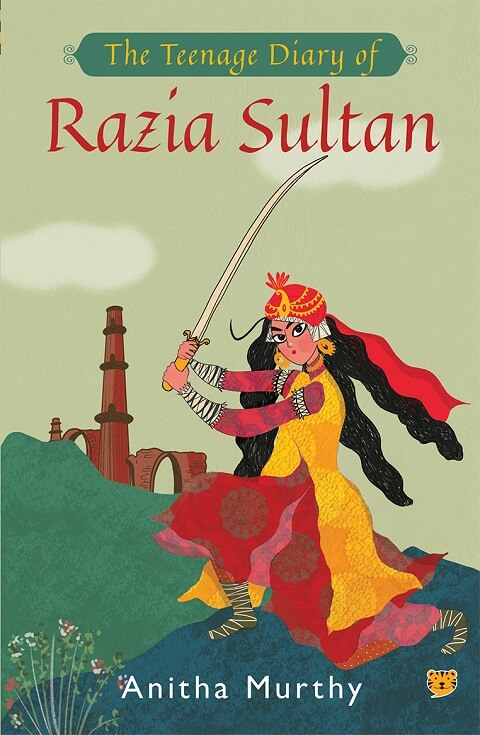 The Teenage Diary of Razia Sultan

Razia Sultan, born to Iltutmish of the Slave dynasty, was groomed from a young age by her father to learn all the skills of a ruler. Brave, strong, confident and learned, she was unlike the women of the times. She went on to defy the orthodoxy and became the ruler of the Delhi Sultanate in the 13th century. In this fictional diary, a young Razia writes about coming of age in her father’s court. Here, Razia finds that growing up as a rebellious girl is not easy. She has to bear the taunts of her stepmother and other nobles about her boyish ways. She is a brilliant swordsperson and a fearless hunter who can take on anyone in combat. An astute judge of people and with an understanding of the intricacies of statecraft, she sits with her father in court. Yet she is reminded often by everyone that girls can’t be rulers. There is only one person who believes in her—Sultan Iltutmish, her beloved father. Tender, exciting, inspiring, The Teenage Diary of Razia Sultan is a vivid portrait of a young girl coming to terms with her destiny—one which will make her an immortal name in history.