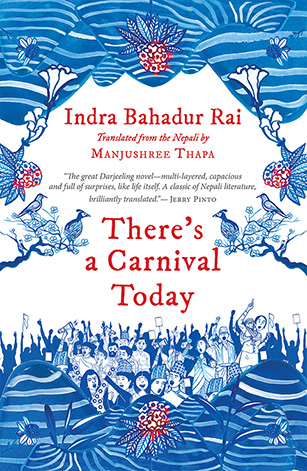 Darjeeling in the 1950s. Janak, a prominent businessman and local leader, stares at professional, political and moral ruin. His store is failing and he has been sued by Jayabilas—a Marwari trader, once his friend and business partner, to whom he owes money. Bhudev—Janak’s partner at the party which is working to organize workers—has triumphed over him in a bitter struggle for leadership. Janak’s son Ravi, of whom he expected better, has become a schoolteacher and is involved in party work in the tea estates—Janak is convinced that Bhudev is using Ravi to further undermine him. And, despite being in a blissful marriage with Sita, Janak is drawn to the charms of Yamuna, the wife of an ailing friend. Then, tea-estate workers protesting the arrest of their comrades spontaneously march into town. They are joined by others along the way and the march quickly grows in size. But after the rally ends in a massacre by the police, Janak must find a way out of his morass to stand up and be counted once more.

Capacious and prescient, There’s a Carnival Today is as much a panoramic view of post-Independence Darjeeling as it is of the sharply observed, flesh-and-blood characters who people it. It is also a foreshadowing of the issues of identity which still shape politics and attitudes in the region. Brilliantly translated by Manjushree Thapa, this seminal work by one of the tallest figures in contemporary Nepali literature is a modern classic.