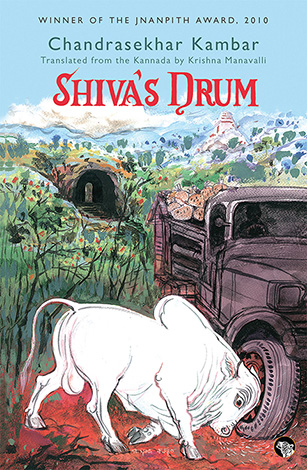 ‘…It looks like the rhythm of Shivapura life is upset. Even the seasons don’t keep time. The river looks wasted. The waves no longer run with a youthful vigour. The rocks under water are like bones jutting out of an old face.’

In Shivapura, the villagers worship their gods and nature, and cultivate the crops that their forebears have been growing since time immemorial. Sweet water flows in the Chalimele river, the trees bear delicious fruit, and the cattle and other animals are part of the household. But Baramegowda, the landowner and headman, replaces traditional crops with sugarcane, a cash crop, and encourages the excessive use of chemical pesticides, amassing great wealth. He also enlists the aid of a foreign institution to build a private English-medium school and college on land where the village pond, Mallimadu, is. And life in Shivapura changes inexplicably—its waters turn to poison and its fruits and vegetables become tasteless. Deformed births among cattle and humans are reported and farmers, unable to repay their loans, commit suicide.

When Chambasa, Baramegowda’s estranged nephew, and Namahshivaya, the village priest, discover that the foreign institution has been dumping chemical waste into Mallimadu, they inform Baramegowda, and faced with the destruction his greed has wrought, he appeals to them to save the village. But events take a different course after Chambasa’s wife is raped by men connected to the institution, and he is arrested for killing the rapists. And it will be years before Shivapura can heal itself.

In his new novel, Jnanpith-award winner Chandrasekhar Kambar weaves a mesmerizing tapestry of myth, history and legend to reveal the plight of farmers in the age of industry and capital. An epic narrative by one of the biggest names in Kannada literature, originally published in Kannada as Shivana Dangura, Shiva’s Drum is a memorable fable of our times.