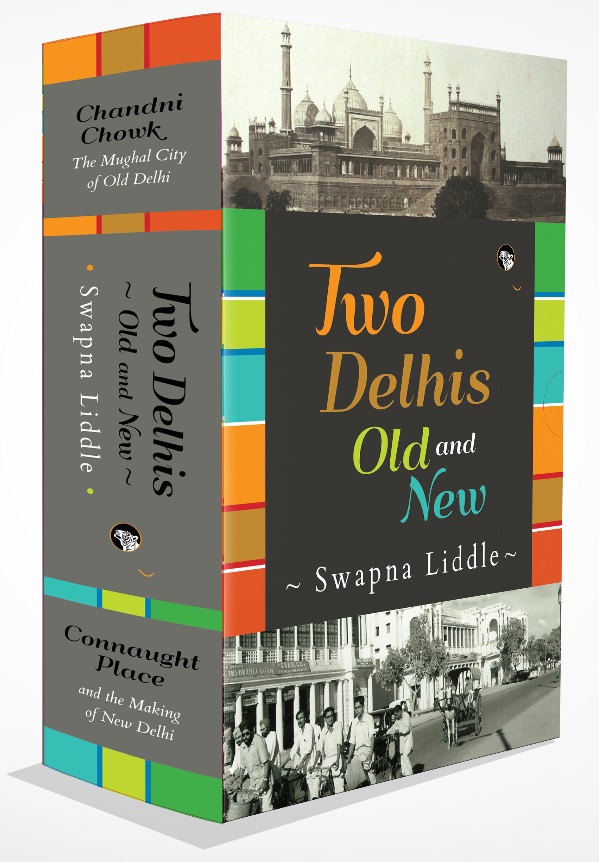 Historian Swapna Liddle draws upon a wide variety of sources, such as the accounts of Mughal court chroniclers, travellers’ memoirs, poetry, newspapers and government documents, to paint a vivid and dynamic panorama of the city from its inception to recent times.

What we know today as Chandni Chowk was once a part of one of the greatest cities of the world—the imperial city established by the Mughal emperor Shahjahan in the seventeenth century, and named after him—Shahjahanabad. This is the story of how the city came to be established as the capital of an empire at its peak, and its important role in shaping the language and culture of North India.

Connaught Place and the Making of New Delhi

The origin of New Delhi can be traced to the Coronation Durbar in December 1911, where Emperor George V announced the transfer of the capital of the British Empire in India from Calcutta to Delhi. Swapna Liddle traces in fascinating detail the events that led up to that historic day: from the deliberations over the choice of location to the naming of the capital as ‘New Delhi’—to distinguish it from the old city of Shahjahanabad.

Even as the new capital took shape, it was Connaught Place that gave life to the city. A guidebook of the early 1940s described Connaught Place as ‘indeed the most fashionable shopping centre…and, undoubtedly the most progressive part of the most progressive town in the country.’ The crowds that continue to throng its corridors, both young and old, visitors to the city and residents alike, bear testimony to the statement.