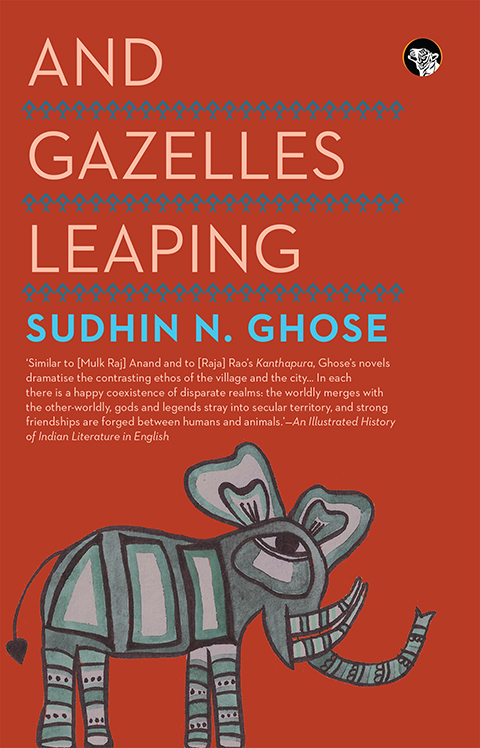 An orphan, his pet, a Manipuri elephant sensitive about his small size, and their friends—Heera and her nanny-goat; Mazdoor and his donkey White Beauty; Tu Fan, a Chinese boy, and Soetomo from Java—attend Sister’s Svenska’s kindergarten on an abandoned estate in rural Calcutta. The children and their pets live an idyllic life: they have many adventures on the estate, and are loved, sheltered and guided by Sister Svenska; Karin, the Sister’s help; Moti-Didi the washerwoman; and Cha-Cha the wheelwright. But when a rapacious corporation from the big city swoops in to take over their school, and a gang of juvenile thugs threatens the orphan and his elephant, he must band together with his friends—with a little help and advice from the grown-ups around them—and do battle. A delightful fable about the innocent pleasures of childhood, and the evils of the world which forever threaten to mar it, And Gazelles Leaping was first published in 1949. This is the first in Sudhin Ghose’s quartet which follows the young boy as he grows from a wide-eyed child into a disillusioned adult. Long-neglected classics, these novels are being reissued for the first time in more than half a century.