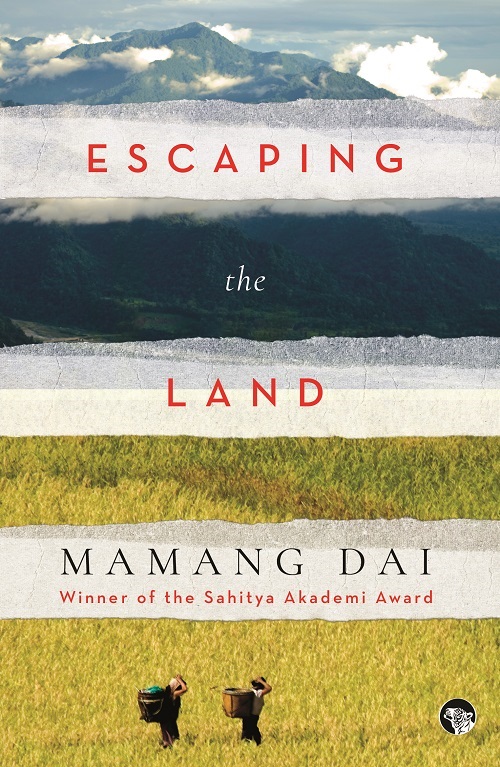 Combining history, myth and contemporary politics, Escaping the Land is a saga of a beautiful but sometimes turbulent land and its people. Acclaimed poet-novelist Mamang Dai takes us on an unforgettable journey from the land of Kojum-Koja, a sacred place beyond time, to the formation of the modern state of Arunachal Pradesh.

Maying, a woman who has lived away from the state, returns in order to write a history of the people she has known and who have shaped her land. As she speaks to them and leafs through old records, a myriad stories and destinies unfold?an ancient flood and a lake full of stars; conflict and curiosity that led to the establishment of NEFA (North-east Frontier Agency); hardy men and women like Lipun, who walked the highest mountain passes and thick forests establishing connections with remote tribes; the ‘rainman’, who can read the elements because he is so closely tied to them; Umsi, who has to go far away in order to know herself; and Lutor, the shaman’s child, who can feel the pulse of his people, even when he is disillusioned with public life.

But there are also land and forest mafia, corrupt politicians in cahoots with violent militants, and friends who can turn foes to satisfy their ambitions. Maying recoils from the murky theatre of the modern state, but realizes, too, that ‘our hearts are taken, given, mistaken, lost’ but ‘what is never lost is the original obsession that was a dream of love’.

Lyrical, vital and epic in scale, Escaping the Land is the story of a people and a place that is, like the best novels, the story of all humanity.