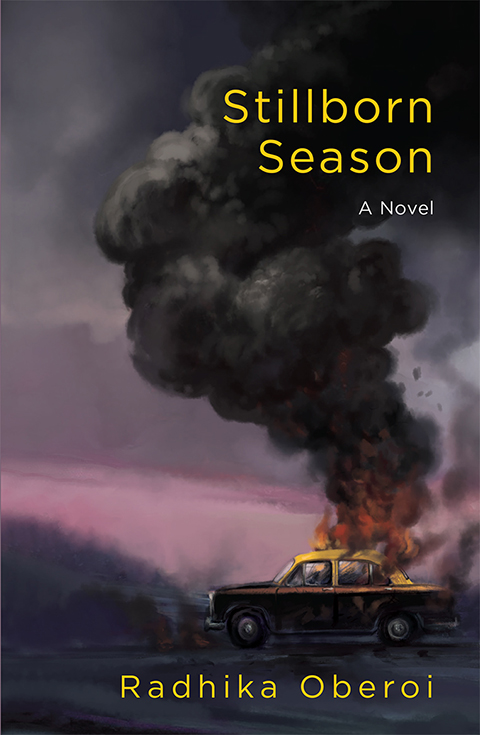 A novel about the massacre of Sikhs in 1984—layered, compelling and heartbreaking—Stillborn Season opens with the assassination of Indira Gandhi in October 1984. Brilliantly evoking the homicidal madness of the days which followed, the novel traces the fates of individual and intermeshed lives as mobs spill out onto the streets of Delhi, hunting, maiming and killing Sikh men and women in revenge.

Raiders come at midnight for Jaspreet Singh, an elderly gentleman from South Delhi, and he narrowly escapes with his life after his granddaughter Amrit thinks up an unusual disguise for him. Hari, part of a mob, invades an upscale restaurant in Connaught Place and helps burn the proprietor alive before demanding a bespoke meal from the chef. Balbir, hiding inside a cabinet in his store in Punjabi Bagh, bears witness to Hari being gunned down by his store-assistant. And Bhola, a young disabled beggar at the busy Bhikaji Cama intersection, keeps a Sikh father and son from being lynched. Then, moving forward in time, the novel finds Amrit, now a young journalist, talking to people to understand the violence that scarred her childhood. She learns how the books of Nai Sarak were saved because Rikhi Chacha, a Sikh book-lover, gave up his life for them. At the house of Satwant, a Sikh taxi-driver, she pays the cost of dredging up memories in people who would rather forget them. And Balwant Mann, a retired constable of Delhi Police, divulges more about his role in the riots to her than he intends to.

Rarely has a work of fiction captured the violence of 1984 with as much empathy and on such an expansive canvas. Stillborn Season is a must read.