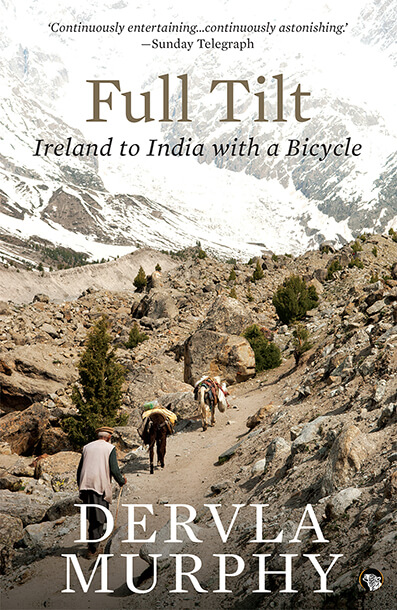 ‘An extraordinary woman, and one of the great travellers of our time.’—The Times

When Dervla Murphy was ten, she was given a bicycle and an atlas, and soon—inspired by her correspondence with a Sikh pen pal—she was secretly planning a trip to India. At the age of thirty-one, in 1963, she finally set off, and this astonishing book is based on the daily diary she kept while riding through the Balkans, Iran, Afghanistan and—over the Himalayas—into Pakistan and India. A lone woman on a bicycle (with a revolver in her trouser pocket) was an unknown occurrence and a focus of enormous interest wherever she went. Undaunted by snow in alarming quantities, floods and robbery, using her .25 pistol on starving wolves and to scare off predatory men, and relying on the generosity of nomads, she not only finished her epic journey, but also pioneered a form of adventure travel that has inspired generations. Over half a century after it was first published, Full Tilt remains a hugely popular classic of travel writing.