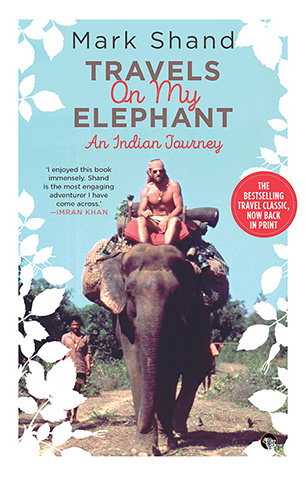 Travels on My Elephant

‘I enjoyed this book immensely. Shand is the most engaging adventurer I have come across.’—Imran Khan

When Mark Shand, an aristocratic playboy and travel writer, decided that what he needed was an elephant, it wasn’t long before he started getting phone calls from India, offering elephants for sale. With the help of a Maratha nobleman, he purchased Tara, a young, scrawny female, and travelled with her—and a retinue of friends, old and new—for more than 800 kilometres across India, from Konark to the Sonepur Mela—the world’s oldest elephant market. From Bhim, a drink-racked mahout, he learnt the skills of elephant driving. From his friend Aditya Patankar, he learnt about the culture and attitudes of India. And with Tara, his new companion, he fell in love. So much so, that decades after their travelling days were over, Mark Shand was still fund-raising and campaigning on behalf of Indian elephants, becoming one of the most high-profile conservationists in the world.

Travels On My Elephant is the story of an epic journey across the dusty back roads of India, as Mark Shand and his party astound, amuse and puzzle all those they encounter on the way. It is also a vivid portrayal of a cheerfully chaotic India and the memorable, touching account of Tara’s transformation from a sad beggar to the star attraction, and Mark Shand’s loyal companion.