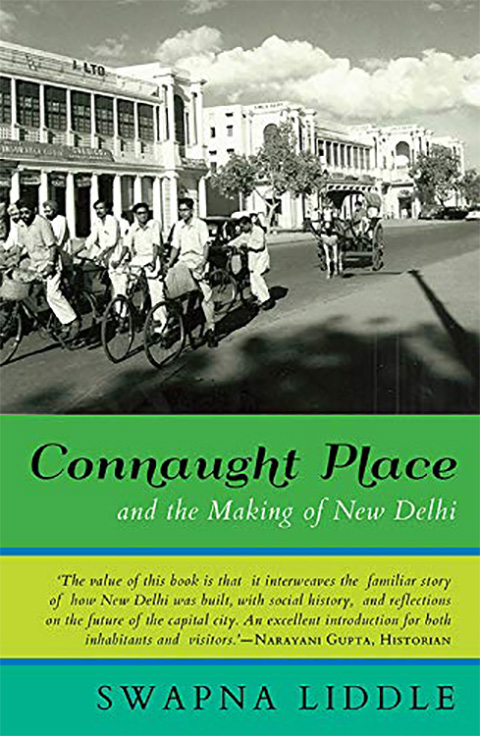 Connaught Place and the Making of New Delhi

The origin of New Delhi can be traced to the Coronation Durbar in December 1911, where Emperor George V announced the transfer of the capital of the British Empire in India from Calcutta to Delhi. Swapna Liddle traces in fascinating detail the events that led up to that historic day: the deliberations over the choice of location; the roles played by the Viceroy, Lord Hardinge, and the two principal architects, Edwin Lutyens and Herbert Baker; and, finally, the naming of the capital as ‘New Delhi’—to distinguish it from the old city of Shahjahanabad.

Even as the new capital took shape, it was Connaught Place that gave life to the city. Designed as a shopping and commercial centre for the elite—both British and Indian—it boasted of the most exclusive shops, cinemas and restaurants. While many of the old familiar haunts like Gaylord, Volga and Regal Cinema have shut their doors, Connaught Place continues to reinvent itself with shiny new multiplexes, branded stores and restaurants taking their place. A guidebook of the early 1940s described Connaught Place as ‘indeed the most fashionable shopping centre…and, undoubtedly the most progressive part of the most progressive town in the country.’ The crowds that continue to throng its corridors, both young and old, visitors to the city and residents alike, bear testimony to the statement.

Rare photographs and illustrations add to this book’s value as a classic amongst city biographies, in keeping with Liddle’s earlier book, Chandni Chowk: The Mughal City of Old Delhi.