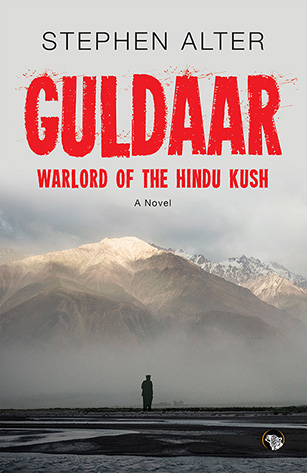 Guldaar, Warlord of The Hindu Kush

A shadowy warlord known only as Guldaar has built an empire based on drug-running, arms-dealing and cold-blooded murder over the Hindu Kush in Pakistan and Afghanistan, into India, the Middle East and extending all the way to America. A deadly puppet-master, he plays tribal factions and sovereign nations off each other, and acts as a double-agent for the CIA and ISI. Now, with his increasing influence across military and political circles in South Asia, he’s threatening to destabilize the entire nuclear-armed region. With Guldaar’s imminent arrival in India to seal a major weapons deal, Colonel Imtiaz Afridi, director of India’s premier intelligence facility in Dehradun, is presented with the perfect opportunity to finally nab the most dangerous man in the world. He enlists the help of Manav Shinde, associate director of RAW, special agent Anna Tagore and undercover agents from the US and Pakistan. Their sole aim is to capture Guldaar—dead or alive. Meanwhile, when an American journalist Luke McKenzie comes too close to the inner workings of Guldaar’s empire, he is kidnapped by the Taliban and traded to the warlord as a hostage. As Afridi closes in, the American will become a critical bargaining chip in Guldaar’s ruthless battle for survival. Written in impeccable prose and displaying a deep knowledge of the natural and political landscape of South Asia, Guldaar: Warlord of the Hindu Kush is a heart-stopping tale of espionage.