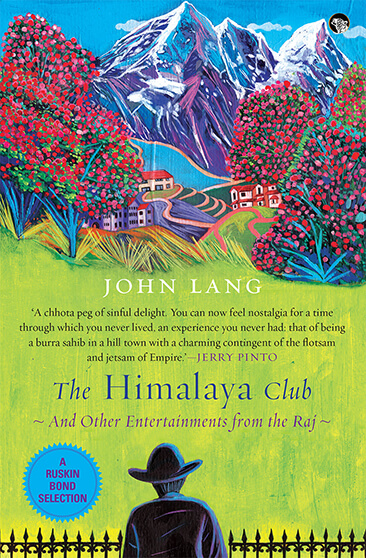 The Himalaya Club and Other Entertainments from the Raj

‘Mrs Merrydale went off with Lieutenant Maxwell, leaving her children under the care of the servants, until her husband came to take them away. Mrs Hastings, who used to bore us about
the duties of a wife, carried off that silly boy Stammersleigh. These elopements led to two actions in H.M. Supreme Court of Calcutta…’

Born in Australia in 1816, John Lang—novelist, newspaper editor and barrister, now best known for having defended the Rani of Jhansi in court against the British East India Company—spent a large part of his life in India, and died in Mussoorie in 1864. A keen traveller and observer of human nature, Lang was also a raconteur par excellence.

The Himalaya Club and Other Entertainments from the Raj brings together a selection of Lang’s sketches of life in nineteenth-century British India—the scandals of the summer season in Mussoorie; a farcical court-martial conducted in the sweltering Indian summer; the curious case of an inebriated valet occupying Lord Jamleigh’s bed in Bijnore; sundry diversions in Kussowlie and Simlah; and a hilarious account of Lang’s drunken travels in the interiors of Kumaon with a party of Europeans.

Writing with a storyteller’s flair, extraordinary attention to detail, and with a waspish sense of humour, John Lang brings to life the early years of the British Raj as few other writers have.