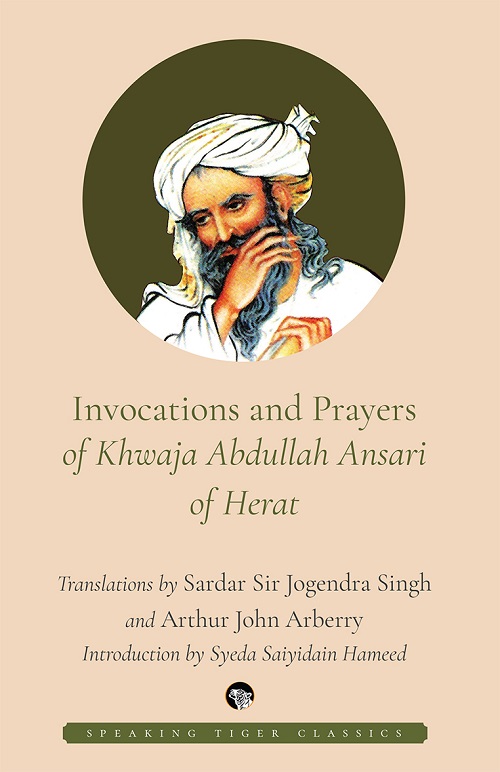 Invocations and Prayers of Khwaja Abdullah Ansari of Herat

Khwaja Abdullah Ansari?Pir-i-Herat, or ‘Sage of Herat’?who lived in the eleventh century, is revered as one of the world’s great and earliest Sufis. He turned to tasawwuf (Islamic mysticism) at a very young age, and came to be regarded as an extraordinary teacher, mystic, and an authority on Islam. Thousands were drawn to him and became his followers, and to this day his poetry and prose?collected in Persian and Arabic texts that are widely regarded as masterpieces?inspire and instruct scholars, seekers and the pious faithful alike.

Abdullah Ansari’s tomb in Herat, in modern-day Afghanistan?a country ravaged in recent decades by discord and violence?remains a place of pilgrimage and peace for millions. In that beautiful sanctuary and elsewhere?including Panipat in India, where his descendants settled in the thirteenth century?his legacy and teachings continue to give solace to humanity, guiding us towards humility and compassion.

This compilation of Abdullah Ansari’s invocations, prayers and counsels, selected from translations by two celebrated scholars, is a book of wisdom for all times. It is of particular relevance today, over a millennium after these words were spoken and recorded. As Syeda Hameed writes in her introduction, for our highly troubled and deeply hurt world, this is the healing hand of a wise Sufi Pir.