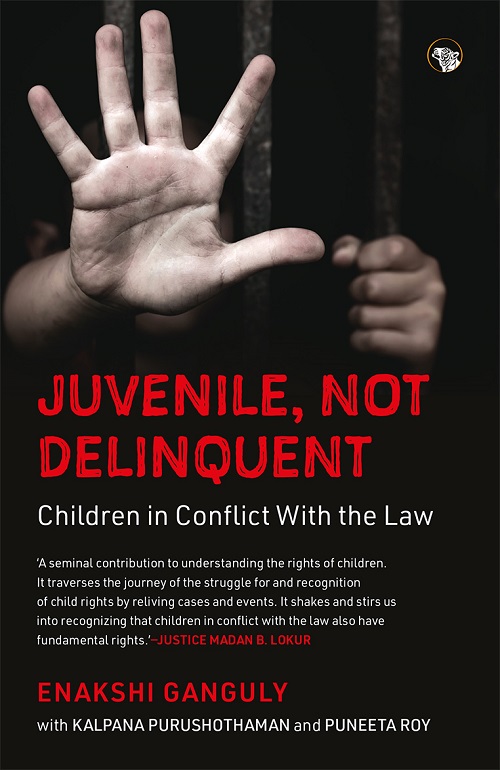 Juvenile, Not Delinquent: Children in Conflict With the Law

The past decade has seen an insidious and unforgiving position take root on the purpose of juvenile justice in India, seen as it is—especially in the aftermath of the Nirbhaya case in 2012—as an instrument of punishment and not of reform. The desire to make the law retributive and not compassionate stems from what one of the authors calls ‘the blindness of privilege’. This book offers a much needed critique of such a skewed understanding of the law, pulling us out of our comfort zone, and confronting us with the grim reality of India’s juvenile justice system.

The authors write from long years of experience of working with ‘Children in Conflict with Law’, or CICL, as the Juvenile Justice Act terms offending minors. In the first part of the book, noted child rights activist Enakshi Ganguly discusses not only the history and evolution of the law in India—from the colonial period to the present—but also its pitfalls and the often overwhelming problems in dealing with the system. The second part of the book contains two poignant first-person accounts of working among the CICL by Kalpana Purushothaman, a trained psychologist and a member of a Juvenile Justice Board in Karnataka, and Puneeta Roy, who translates her skills in expressive arts into offering tools to interned children for self-empowerment and healing. The personal anecdotes and case studies they share, and the sheer resilience of their optimism, challenge the deeply biased assumptions that prevent us from seeing the child behind the offender and which perpetuate injustice against this most vulnerable of groups.