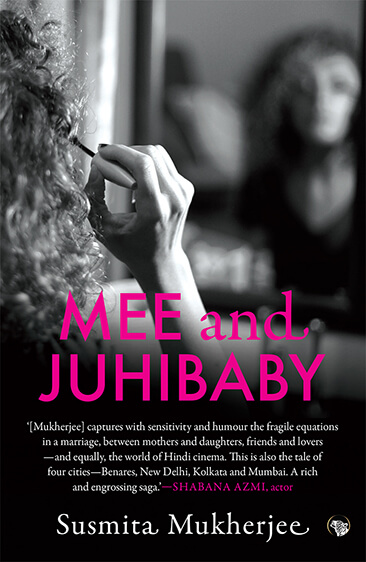 Mee’s mother, Juhibaby, is the unwanted child of constantly travelling jatra artistes in rural Bengal. Growing into a ravishing sixteen-year-old, she is married off to a family in distant New Delhi, where Mee is born. Mee’s life is a far cry from Juhibaby’s, as she grows up in a respectable middle-class family and goes to an upmarket convent school. But what she inherits from her mother is a love of acting. She follows her star to Mumbai, where she becomes a successful Bollywood actress. But a failed marriage and a bruising rejection by a movie mogul derails her into a world of alcohol and promiscuity. As she struggles to make a living as a TV writer, Mee gets to know that the mother from whom she has long been estranged is now blind and ailing, in an old age home. Mee rescues her, and mother and daughter find it in their hearts to forgive each other and forge a sort of bond before Juhibaby’s days come to an end. In this accomplished debut novel, Susmita Mukherjee gives her characters a startling reality in prose that is vivid, compelling and immensely readable.