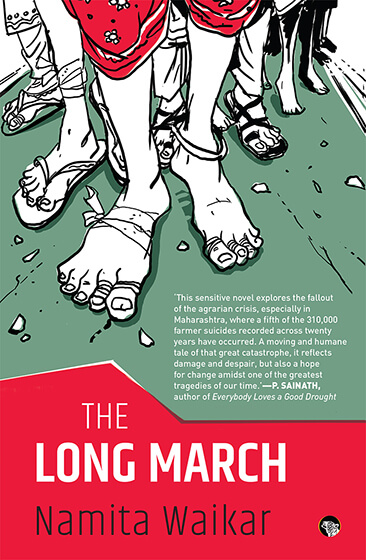 In Vidarbha, yet another debt-laden farmer commits suicide. His death leaves his family?especially his twenty-year-old son, Vikram Sonare?devastated and furious. But Vikram?s work with the Agricultural Technology Centre and new-found knowledge of social media inspire him to build a network with youth across India and start a silent revolt. In Mumbai, twenty-six-year-old Mallika Joshi works with an NGO. While on assignment in Vidarbha, she meets farming families neglected by the government and suffering under the weight of increasing debts. Moved by the hardships they?ve faced, and inspired by Vikram?s efforts, she becomes an integral part of the movement. Together they embark on an epic mission to draw attention to the plight of farmers and other underprivileged sections of society, and finally mobilize millions of people to march into the major cities of India. After the success of the march, the group transforms into a revolutionary political party. But will the existing political forces allow it to succeed?

Urgent and inspiring, The Long March is a necessary story for our time.