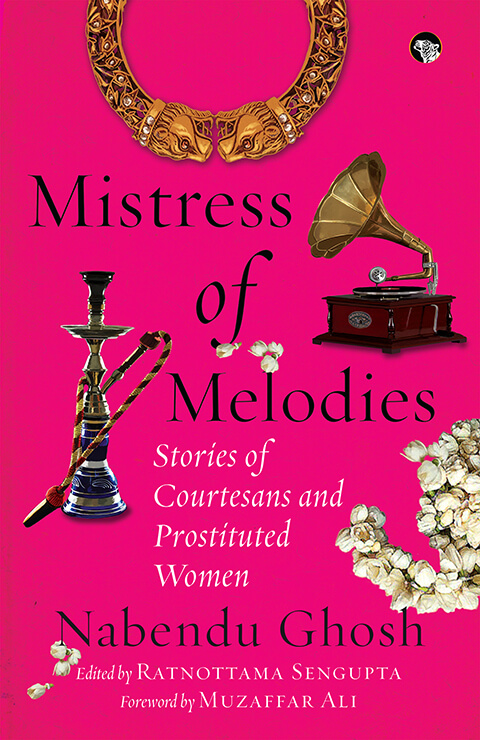 Mistress of Melodies: Stories of Courtesans and Prostituted Women

In Mistress of Melodies, Nabendu Ghosh traverses the streets of the ever-changing city of Calcutta to tell the stories of women—courtesans and those who engaged in sex-work—across generations. There is the innocent Chhaya, a widow who elopes and remarries only to be duped by her new husband. The gritty Basana, who sees the highs and lows of life after being drawn into prostitution as an adolescent. Hasina, the alluring baiji, who auctions her adolescent daughter’s virginity to the highest bidder and lives to regret it. The fierce Tagar who is abandoned when pregnant and is drawn into the world of prostitution, but leaves it to give love another chance. Fatima, a brave mother, who would rather sell her body than let hunger drive her and her son to their deaths. And finally, Gauhar Jaan, the songstress who enchants every man she meets but yearns for a true love who will accept her for who she is.

Poignant, evocative and intensely human, Mistress of Melodies features some of the strongest women in Indian fiction created by Nabendu Ghosh, the legendary screenwriter who scripted immortal classics such as Abhimaan, Devdas and Bandini, among others.