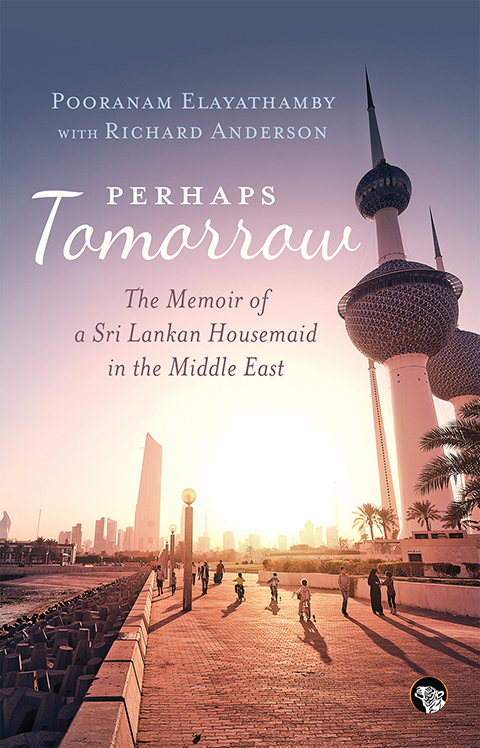 Raised by her widowed mother in a Tamil village in the Eastern Province of Sri Lanka, Sandy, born Pooranam Elayathamby, grew up in poverty with her five sisters. Married at sixteen, she had three children before twenty-two and was widowed by age thirty. In the middle of a twenty-year-long civil war that claimed the lives of tens of thousands of people and left her family destitute, Sandy had no choice but to accept a housemaid’s job in the Middle East. She worked in Kuwait and Saudi Arabia for nearly fifteen years to send money home. She was one of the thousands of Sri Lankan women who joined the workforce serving Middle Eastern households and risked—and continue to risk—being bullied, humiliated, and often starved and beaten.

Perhaps Tomorrow is Sandy’s candid and poignant memoir as told to Richard Anderson, whom she met in Kuwait and later married. It recounts her struggle over several decades to save her family, her home and herself from poverty, discrimination, violence and the horrors of a long civil war. It is a story of courage, personal risk, faith and a mother’s unwavering commitment towards ensuring a better life for her children.