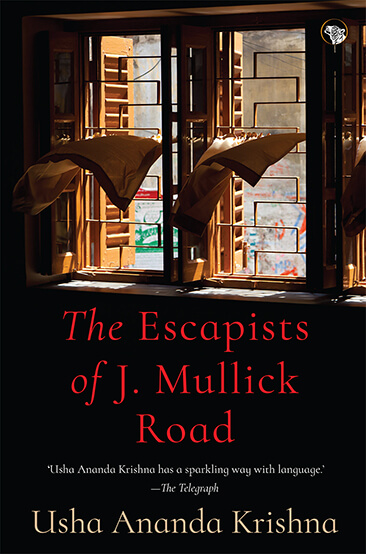 The Escapists of J. Mullick Road

In the aftermath of a bizarre confrontation with Kalol Mondal—a small-time hustler and Party goon—Pinaki Bose, a timid Bengali babu, bumbles into the ambit of the savagely brilliant architect, Biren Roy. Dazzled by Biren’s breadth of vision and utter contempt for the conventional, he commissions him to design a country house—committing the whole family’s savings to it. But Biren, paralysed by his grand ideals and his passion for perfection, is slowly sinking into a drunken torpor. And Pinaki, ignorant of the Party’s involvement in all land deals, must endure not just Kalol Mondal’s ominous presence while buying his plot, but more worryingly, his infatuation with Pinaki’s young daughter.

Set in the bleak Communist Calcutta of the 1980s, The Escapists of J. Mullick Road is a wry meditation on a fabled city in physical and moral decline. Usha Ananda Krishna’s subtly witty but compassionate take on the disparate lives that entwine over the building of a house is a tour de force of modern literary writing.