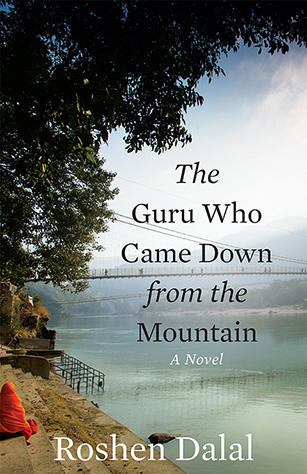 The Guru Who Came Down from the Mountain

Dev—charismatic and powerful, a guru with thousands of followers around the world, and a string of ashrams fuelled by a flourishing business in drugs and gun-running. Ashrams that bring him the power and wealth he craves and fulfil his desire for women. But of all the women he knows—and at times, loves—there are three who play a pivotal role in his life: his wife, Gita, whose death is shrouded in mystery, and Cynthia and Madge, who unwittingly launch him into his career as a guru.

Nitya is Dev’s complete antithesis—pure of heart and deeply spiritual. He comes to Dev as a disciple, and for years his devotion to his guru makes him blind to his failings. But when the truth can no longer be ignored, he is disillusioned. Though he escapes charges of rape and murder, Dev does finally receive a death sentence—he is fatally afflicted with AIDS. As he lies on his deathbed in Rishikesh, Nitya comes to see him, unable to turn away from him completely. Dev tells him his story, and what compelled him to make the choices he did. Nitya also uncovers the truth about Gita’s death. When the end finally comes, Nitya has a deeper understanding of the man he once loved so blindly, and realizes how, ultimately, the quest for perfection can be marred by human frailty.