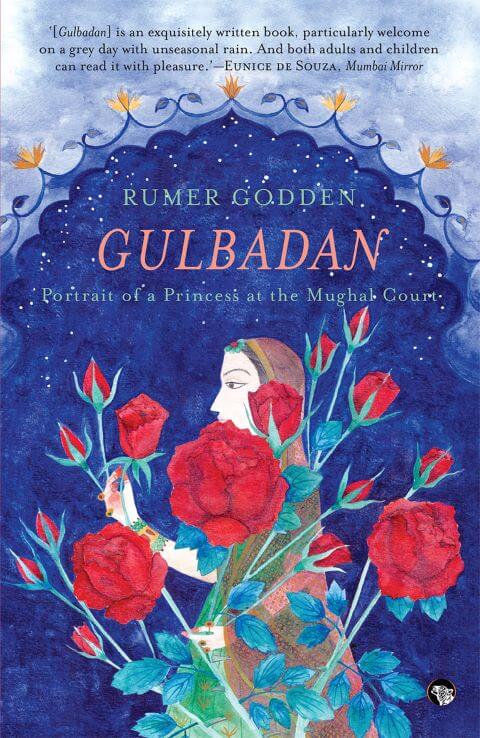 Gulbadan: Portrait of a Princess at The Mughal Court

‘[R]ich with interesting revelations… Gulbadan’s story by Godden is an enjoyable foundation course, preparing the reader for the lives of the Mughals.’—Pratik Kanjilal, The Indian Express

An accomplished scholar and author of the Humayun-nama, Gulbadan Begam was also Babur’s daughter, Humayun’s sister, and Akbar’s aunt. In this compact biography, Rumer Godden draws upon the Humayun-nama and other records, as well as her own soaring imagination, to create a portrait of the begam and the Mughal Empire as detailed and exquisite as any miniature.

While still a child, Gulbadan travelled from Kabul to Agra, where Babur had established his capital. She grew up in the cloistered world of the zenana, an idyllic existence that was shattered when Babur exchanged his life for Humayun’s. Humayun’s reign was marked by hardship after he lost the Empire and his vast army was reduced to a ragtag band. The Empire was regained but, soon after, Humayun died in a freak accident. He was succeeded by Akbar and it was under him that the Mughal Empire reached its zenith, in territory and in cultural and religious accomplishments.

This rich, broad sweep of history, written from Gulbadan’s point of view, is interspersed with colourful re-creations of goings-on within the zenana and the many diversions and internecine politics of the royal court. Combining a historian’s rigour with a novelist’s gift for invention, Gulbadan is a timeless classic.