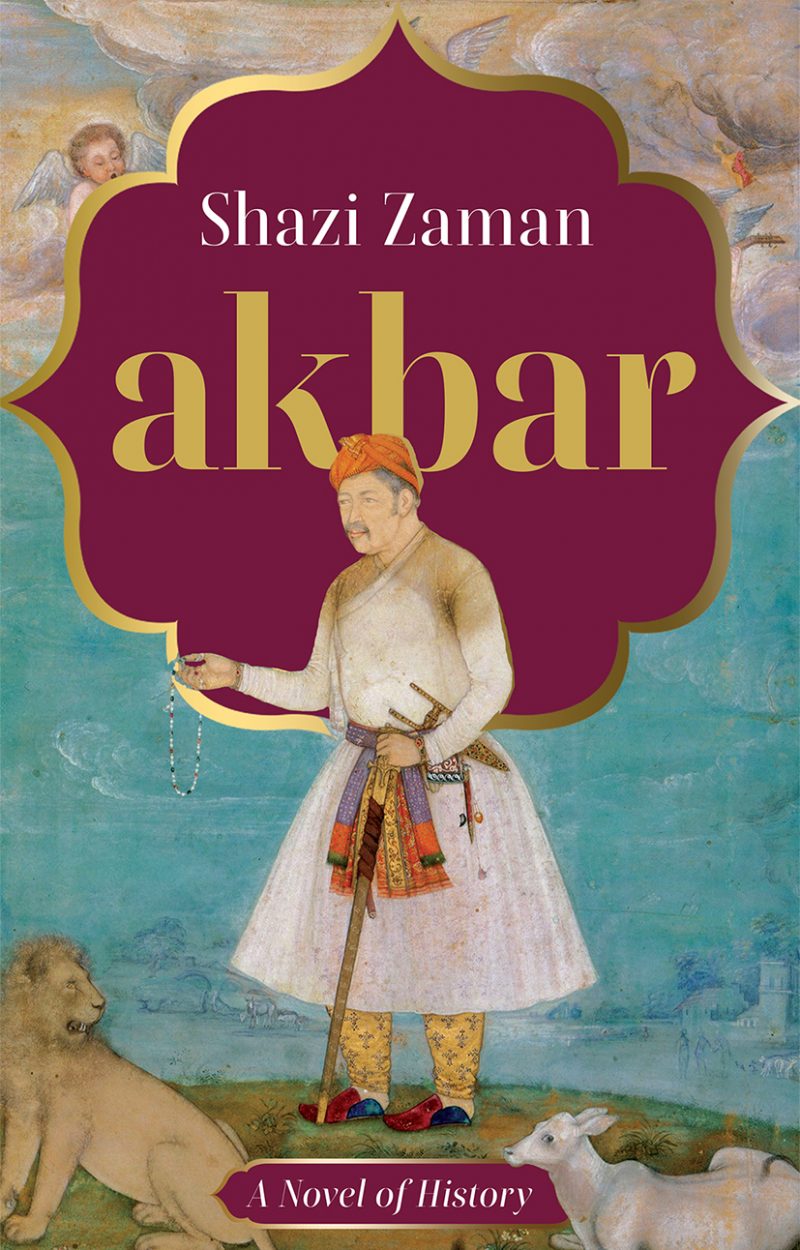 Akbar: A Novel of History

Conventional historical accounts tend to paper over seemingly minor events related to Akbar’s life, to the detriment of a comprehensive appreciation of one of the most important figures of Indian history. Shazi Zaman fills the gap with this remarkable novel rooted in history.

Akbar’s writ ran from the Hindukush in the west to the Bay of Bengal in the east, an empire his father Humayun and grandfather Babur had only dreamed of. And his religious policy, boldly unorthodox, was as fierce a contest with the clergy, particularly Islamic, as were his military campaigns with his political opponents. Most histories give us Akbar the commander who never lost on the battlefield, and the fearlessly iconoclastic ruler. But we rarely come across the restless, questing soul who wished to reconcile a sensitive and compassionate heart to the sometimes ruthless obligations of statecraft; and the man who, in his struggle for sulh-i-kul, peace with all, could dare to treat as equal not only all faiths?Hinduism, Islam, Christianity, Jainism, Zoroastrianism and others?but all life as well?human or animal.

With a scholar’s rigour and a storyteller’s insight, Shazi Zaman, in this transcreation of his acclaimed Hindi novel, sifts through fact and many an anecdote to paint a complex yet enchanting portrait of one of the world’s great monarchs. There isn’t another book, as vast in scope and as layered, to help us fully understand the phenomenon that was Akbar: the unsparing pragmatist and benevolent ruler; the austere leader and indulgent friend; the unlettered prince and philosopher-mystic.