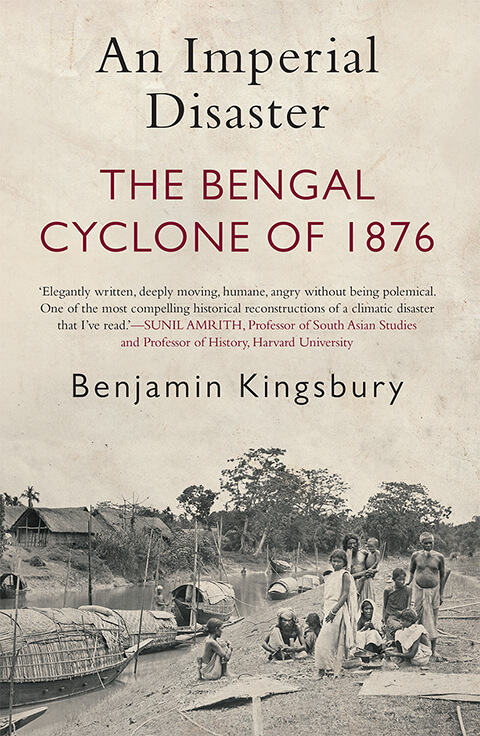 ‘Elegantly written, deeply moving, humane, angry without being polemical. One of the most compelling historical reconstructions of a climatic disaster that I’ve read.’—Sunil Amrith, Professor of South Asian Studies and Professor of History, Harvard University

The storm came on the night of 31 October. It was a full moon, and the tides were at their peak; the great rivers of eastern Bengal were flowing high and fast to the sea. In the early hours the inhabitants of the coast and islands were overtaken by an immense wave from the Bay of Bengal—a wall of water that reached a height of 40 feet in some places. The wave swept away everything in its path, drowning over 215,000 people. At least another 100,000 died in the cholera epidemic and famine that followed. It was the worst calamity of its kind in recorded history.

Such events are often described as ‘natural disasters’. In this brilliant study, Kingsbury turns that interpretation on its head, showing that the cyclone of 1876 was not simply a ‘natural’ event, but one shaped by all-too-human patterns of exploitation and inequality—by divisions within Bengali society, and the enormous disparities of political and economic power that characterised British rule on the subcontinent. With South Asia, especially Bangladesh and India, facing rising sea levels and stronger, more frequent storms, there is every reason to revisit this terrible calamity.

An Imperial Disaster is troubling but essential reading: immensely relevant history for an age of climate change.