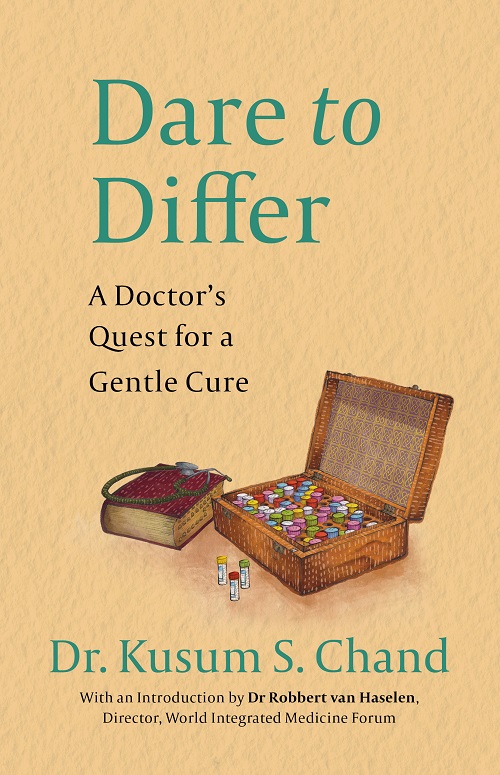 Dare to Differ: A Doctor’s Quest for a Gentle Cure

A compelling account of a woman who graduates with honours from a premier medical school in Delhi and enters the world of medicine, convinced about the efficacy of the allopathic system of treatment. But along the way circumstances and incidents drive her to do a rethink and she becomes a flagbearer for an alternate system of treating patients—homeopathy.
A postgraduate of the latter half of the twentieth century, an era when modern medicine, or allopathy, was growing by leaps and bounds, Dr Kusum Chand was concerned by the weaknesses she could discern in the system. So she embarked on years of learning and experimentation with homeopathy. It took her more than two decades to personally validate its effectiveness, a period when she became popular as a ‘two prescriptions doctor’. As she puts it, allopathy and homeopathy are like two colours of the spectrum, blue and yellow, good by themselves. But when they come together, a new colour—green—is formed, which denotes good health and wellness.

Dr Kusum Chand dared to differ from conventional medicine in using drugs diluted to an inconceivable extent and from homeopathy in using multiple medicines at the same time. The book includes several case studies which support her theories. This lucid and riveting account is as engrossing for the lay reader as it is informative for those in the medical profession.

Dare to Differ is certain to resonate with people across the globe looking for validated work on a gentler system of healing.