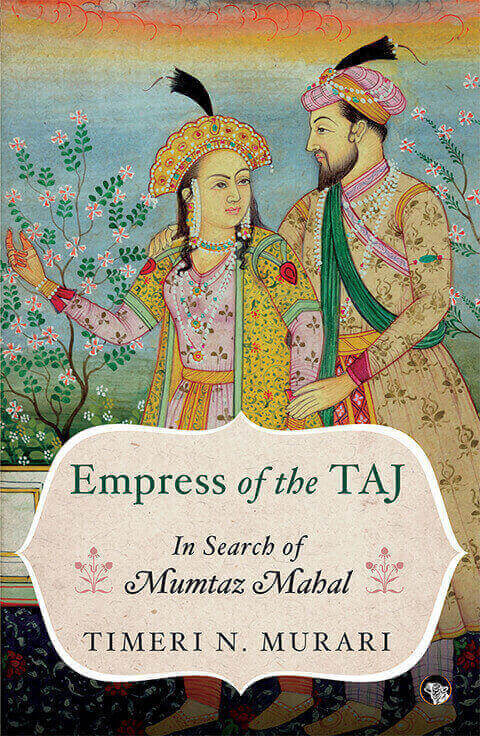 Empress of the Taj

In the early 1980s, researching for his bestselling novel Taj, author Timeri—Tim—Murari began the first of his journeys in the footsteps of Arjumand Bano, the precocious daughter of a Mughal nobleman. Arjumand went on to become Mumtaz Mahal, chief consort of Emperor Shah Jahan, and empress of the Mughal kingdom until her death in 1631, giving birth to their fourteenth child. Over the next two decades, the grieving emperor had the Taj Mahal built in her memory—their final resting place, and the world’s most enduring symbol of love.

Tim went on his journeys at a time before air travel was common in India, when they were protracted affairs undertaken mostly by train. In these travels of discovery—in Delhi; in Agra, the centre of Mughal power and site of the Taj Mahal; in the desert cities of Rajasthan, where Shah Jahan waged ceaseless campaigns, Mumtaz Mahal at his side; and in Burhanpur in the Deccan, where the empress breathed her last—the author found fascinating glimpses of an empire at its zenith, and of a consuming love. Intertwined with these insights were the shabby realities of modern India—the obstinacies of the bureaucracy that controls monuments, the industries which deface them, and a citizenry that remains unaware of its own history.

A brilliant meld of travel and history writing, Empress of the Taj is not only the story of a fabled queen, and the magnificent obsessions of royalty; it is also an invaluable record of a lost era in India.