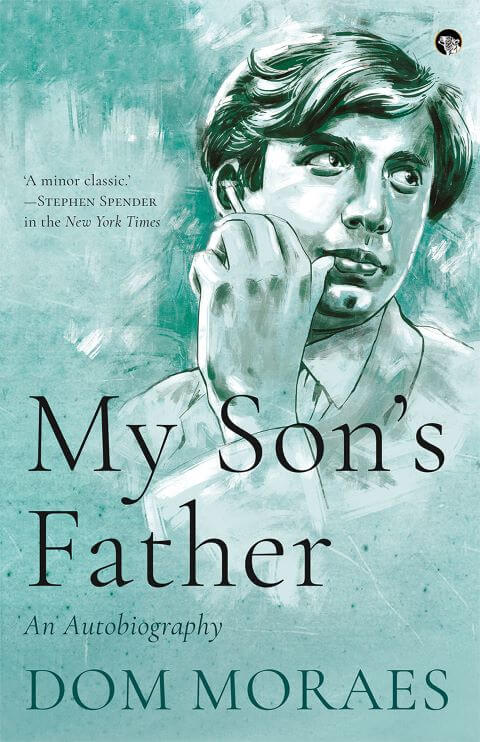 My Son’s Father: An Autobiography

The first in Dom Moraes’ trilogy of autobiographies, My Son’s Father is a coming of age account of growing up in Bombay and Oxbridge of the 1950s, by a man who has been called the poet of his generation. Dom Moraes’ childhood in Bombay was as privileged as it was lonely—peopled by his father’s frequent absences. As he says in the opening lines, ‘Missing my father is my first real memory of him.’ It was also a time of conflicted emotions and, frequently, terror. As Moraes’ beautiful mother, Beryl, sank gradually from neurosis to madness, she swung between smothering the young Dom with love, and subjecting him to a variety of bizarre and sometimes violent punishments—a relationship that left him deeply scarred for life.

Travelling with his father, the legendary editor, Frank Moraes, opened up a world of rich experiences for Dom. As editor of The Times of India, the elder Moraes introduced his young son to a range of famous and fascinating personalities—from the anthropologist Verrier Elwin and poet Nissim Ezekiel, to Dom’s hero, the iconic Stephen Spender—the first person to tell him he was a poet. London in the mid-fifties introduced Moraes to Soho and its Bohemian ways, to his first love, and to a doomed relationship. Oxford in 1956 was the turning point. Another boyhood hero, W.H. Auden, came to Oxford as visiting professor of poetry, read and liked his poems. With this as inspiration, Moraes finished his first book, A Beginning—Poems. He found another love in Judith. With the birth of their son, Francis, Moraes’ life seemed at last to be set on an even keel.

With humour, wit and irony, Dom Moraes chronicles the early part of his life in prose that is a sheer delight to read.