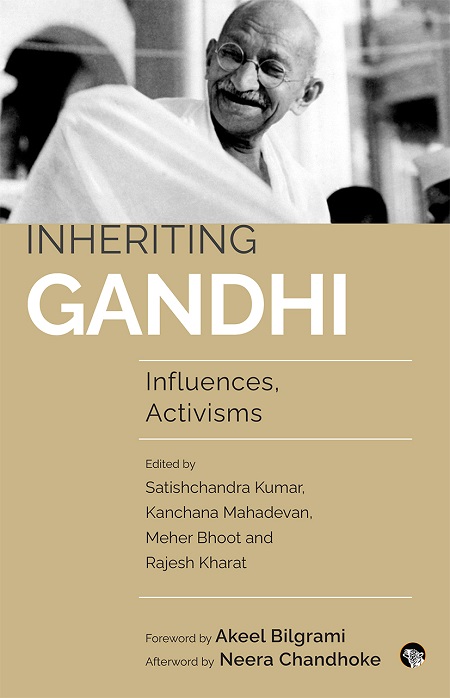 This thoughtfully curated anthology examines how Mahatma Gandhi’s principles are eternal and reflect his particular relevance today—a time of uncertainty, disruption and rupture resulting from the social, political, economic and environmental structures humanity has built. As in the 20th century, so in the 21st, Gandhi as a symbol of peace, and his legacy of a fundamental and all-inclusive compassion— whatever its limitations and occasional contradictions—has important lessons for us if what we desire is a just and sustainable world.

The pieces in this volume, arranged in two sections—’Influences’ and ‘Activisms’— discuss Gandhi’s Influence on civil rights movements and social upliftment; Gandhi as an exemplar of transformational leadership; Gandhi and the effects of the colonial encounter; Gandhi and higher education; Gandhi’s ideas of village republics in the context of globalization; Gandhi and lessons for self-reliance and simplicity in a complex and frenetic age; and Gandhi and the ethics of nursing and medical care, especially in a pandemic-ravaged world.

Framed by Akeel Bilgrami’s Foreword, which looks at the concepts of secularism and multiculturalism from a Gandhian perspective, and Neera Chandhoke’s Afterword, which discusses Gandhian activism in the present Indian context, this is an important, and in many ways empowering, contribution to contemporary scholarly and public discourse.