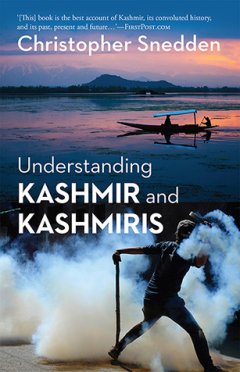 ‘In his readable explanation of the complexities of Kashmir, Christopher Snedden works on a large canvas while managing to include much well-researched detail. The result is a vivid masterpiece of impartial analysis. This is the best book about Kashmir. Snedden understands Kashmir, and so will his readers.’—Brian Cloughley, former deputy chief of the UN military mission in Kashmir

In 1846, the British created the state of Jammu and Kashmir and then quickly sold this prized region to the powerful Raja Gulab Singh. Intriguingly, had they retained it, the India-Pakistan dispute over possession of the state may never have arisen, but Britain’s concerns lay elsewhere––expansionist Russia, beguiling Tibet and unstable China––and their agents played the ‘Great Game’ in Afghanistan and what was then known as ‘Turkistan’.

In this authoritative book, Christopher Snedden contextualizes the geostrategic and historical circumstances surrounding the British decision to relinquish Kashmir, and explains how they and four Dogra maharajas consolidated and controlled J&K subsequently. He details the distant borders and disunified peoples that comprised this diverse princely state, and explains the Maharaja of Jammu and Kashmir’s controversial accession to India in 1947—and its unintended consequences. Snedden weaves a compelling narrative that frames the Kashmir dispute, explains why it continues, and assesses what it means politically and administratively for the divided peoples of the state and their undecided futures.